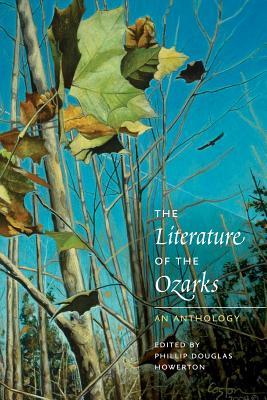 The Literature of the Ozarks

The job of regional literature is twofold: to explore and confront the culture from within, and to help define that culture for outsiders. Taken together, the two centuries of Ozarks literature collected in this ambitious anthology do just that. The fiction, nonfiction, poetry, and drama presented in The Literature of the Ozarks take on stereotypes of backwoods ignorance, debunk the pastoral myth, expand on the meaning of wilderness, and position the Ozarks—the most extensive highlands between the Appalachians and the Rockies—as a crossroads of human experience with meaningful ties to national literary movements.

Among the variety presented here are an Osage priest who celebrated the Ozarks wilderness, an early explorer from New York who found both the vulgar and the sublime lurking in the backwoods, a native-born farm wife who captured her hopes and tragedies in poetry for more than fifty years, several African American writers who protested attacks on their communities, a Pulitzer Prize–winning poet who contemplated the cultural strengths and shortcomings of his native place, and an art history professor who created a fictional town and a postmodern parody of the region’s stereotypes.

The Literature of the Ozarks establishes a canon as nuanced and varied as the region’s writers themselves.

Missouri State University–West Plains. He is co-editor of Cave Region Review, general editor of Elder Mountain: A Journal of Ozarks Studies, and the author of a poetry collection, The History of Tree Roots.