Click the link to listen to Larry Rogers sing.  The site links to fifteen of his songs.

Review of Shome Dasgupta's ANKLET AND OTHER STORIES

Anklet And Other Stories

Anklet And Other Stories
by Shome Dasgupta (Goodreads Author)


It was amazing
Read from July 15 to 17, 2017
ANKLET AND OTHER STORIES (Golden Antelope Press, 2017) is award-winning poet Shome Dasgupta’s first published collection of short stories; though, he has published many individual stories in literary journals and magazines. From moments that seem mystical to the cultural negotiations of American-Bengali narrators, the influence of other writers (Gabriel Garcia Marquez, Satyajit Ray, Jhumpa Lahiri, etc.) on Dasgupta’s writing is undeniable, yet the stories in this collection have a distinct style that seems to be derived from the writer’s unique perception of the world.

Dasgupta invites us into a world in which the boundary between the human and nonhuman realms is not quite as stable as we might have believed. In “The Boatman’s Home,” for example, the river holds power over the boatman, and, like the previous boatman, whose “decayed matter” had become part of the river, when the current boatman dives into the water, it “seep[s] into his blood” (6). The boundary that separates the boatman from the Ganges River dissolves, making it impossible to distinguish man from water. When Dasgupta looks in the mirror, it seems that the mirror looks back, and it is this perspective of the world that he brings into his fiction.

While this fluidity of boundaries is a theme that runs throughout the collection, Dasgupta adds further cohesion to the stories by weaving together recurring images. When, for instance, the Ganges River, Kolkata’s traffic, and clowns appear in multiple stories, they form a link that makes the stories, like the boatman and the river, seem inseparable from one another.

From the illustrated front cover, which stamps the beauty of reality onto the fictional world, Dasgupta draws us in with his curious perspectives and images of Indian culture, but he keeps us engaged with a narration that focuses on the emotions and experiences that drive all of us.

Indeed, through narratives that revolve around love, death, families, and relationships, Dasgupta kept me reading: this is a difficult collection to put down, and once I finished it, the stories stayed with me. Dasgupta might be known for his poetry, but it seems he has mastered the short story genre as well, and I look forward to reading his next collection. 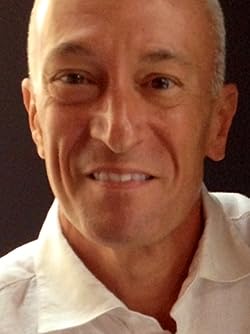 Praise for Don Tassone's GET BACK

When I learned that Get Back is a first published book by Don Tassone, my question was, "Why did he wait so long?" Get Back is a heart-warming account of life! While it focuses on events in the lives of young boys, it's great reading for anyone who has ever been a boy, raised a boy, loved a boy, or was a tomboy. Get Back reveals the positive side of the phrase, "Boys will be boys." I forced myself to slow down as I read the twelve stories because I wanted to savor the truth and delight embedded in each of them.

Get Back could be a stimulating conversation starter for dads and sons, grandpas and grandsons, mentors and boys. Read a story and see where it leads the conversation about events and escapades in one's own life. If girls/women as moms, sisters, girlfriends read Get Back, they will gain a greater understand of young guys. I'm planning on Get Back as a Father's Day gift....maybe Mother's Day, too Thank you, Don Tassone!

Do you have a creative book project that you would like us to consider for publication? Here is how to get started.

What we ask for at present is an email to this address describing your project or manuscript.  We publish poetry, short stories, novellas, novels, plays, and creative non-fiction.  So tell us what you have and send us a sample.  If we are interested we will contact you and ask to see the full ms (doc or docx is fine) if it complete.  If we are not interested, we will let you know as soon as possible.

Once we express interest and receive your full manuscript, it will be given to at least two outside readers who will read the work carefully and evaluate it.  Based on their evaluations we will offer to publish it for you as it is or with revisions, or we will decline the opportunity.  We often have suggestions from our readers on ways to improve the work.  We pass those along to you whether or not we decide to publish your work.

You should know that we are a small press with a very small promotional budget.  We send out 10-15 copies with press releases to various newspapers, journals, and magazines for review; we get the book into our distributor's catalog, and maintain a web presence.   But we depend on the authors to do any further PR.  Several have done amazing jobs in promoting their work, organizing readings and signing events at their local libraries or bookstores, reading their works on radio shows or at other public events, getting their works reviewed in local papers or literary journals.  Authors do get 20 free copies to use for promotion or to show or just give to friends.

If we publish your book, you will not pay us anything--though if you want more than your 20 free copies you will pay wholesale price for the extras.  Once your "distribution threshold" is reached, you will receive  royalties.  (A distribution threshold is the number of books that must be sold for us to recover our publication expenses--the payments we've made to readers, artists, graphic designers, printers, distributor, ebook maker, etc.)  Usually the threshold is about 200 books, including ebooks.  Royalties start at 25%, but if book sales reach higher numbers (250, 500, 1000) your royalty percentage increases (30%, 40%, 50%).

The books, once they are uploaded and approved, become available on Amazon and Barnes & Noble within about a week.  Through our distributor, Ingram Content Group, they quickly become available all around the world.  Though ebooks are optional and refusing the option means a somewhat lower distribution threshold, most of our authors have been choosing to have ebooks.  Nowadays ebooks come with a (computerized) text-to-speech capacity so that listening to the book is possible.

So far we have altogether published 61 books.  You can see them if you go to Amazon and do a search using "Blazing Sapphire Press."  That is the main press name, though we also publish as "Naciketas Press" as well as "Golden Antelope Press."  Check them all out on Amazon.  Blazing Sapphire is for works relating to the literature, philosophy, and religions of India (Neal's area of expertise).  Naciketas is for works of general interest and research that have no or little connection with India, and Golden Antelope is for creative works (Betsy's area of expertise).  That pretty much completes the essential information about our press and how it operates.

If you have any questions or would like to pitch a book, just send us an email at the site email address (This email address is being protected from spambots. You need JavaScript enabled to view it.).  Also check the various websites for Golden Antelope, Nacitketas, and Blazing Sapphire for news and updates.