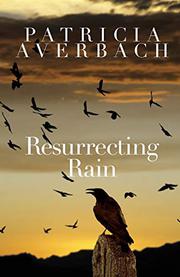 A woman’s unraveling life prompts her to explore her unlikely past in this literary novel by Averbach (Missing Persons, 2013, etc.), former director of the Chautauqua Writers’ Center in Chautauqua, New York.

College librarian Deena Berman’s life is thrown into chaos when her husband’s poor investment decisions cost the family their beautiful home in Shaker Heights, Ohio. While packing up for the move, Deena comes across her old college application essay, which tells the story of her unusual childhood. Her lesbian mother, Leah Marcus, rejected her own affluent upbringing in order to live the life of a hippie, renaming herself Rain and living in a same-sex relationship on the New Moon Commune outside of Santa Fe, New Mexico, where Deena was born. Deena left New Moon as a teenager, but as an adult, she faces new problems. Among other things, she loses her job after she’s suspected of stealing books, and her marriage to her husband, Martin, falls apart. Her son, Elliot, decides to join the Navy now that they can’t afford to send him to college. Her daughter, Lauren, moves in with punks and exhibits some of the countercultural tendencies that Rain did. As the setbacks pile up, Deena follows a photography professor—with whom she’s had a brief affair—to Sarasota, Florida. Things go from bad to worse, and Deena begins to unpack the secrets of her upbringing, confronting for the first time the woman her mother really was—and the woman she is as well. Averbach unspools her story with dark humor and a mounting sense of calamity. Her prose is measured yet vigorous, capturing the chagrin Deena feels with each new humiliation: “She needed help. The problem was that Martin wasn’t taking her calls. He hadn’t spoken to her since the night Elliot had unraveled the lie she’d been living. It was horrific how swiftly that idle dalliance had turned her life inside out.” Averbach approaches Deena’s problems with restraint and seriousness and has things to say about materialism and self-exploration. While some of the conclusions feel a bit preordained, any lessons take a back seat to an organic and quite captivating plot.

A finely drawn story of a woman losing everything and finding herself.